Our plane lands in Delhi. After a stopover in Uzbekistan, then a stop in Amristar, we finally arrived. To get to the centre, use the metro cheaper than taxis. Arriving in town, cars and horns endlessly immersed me in the Indian atmosphere. I've heard so much about it, I expected it. For this first day, we walk the streets of our neighbourhood crossing some stray cows on our way. They wander quietly between the tuk tuk tuk (here called Rickshaw) and the Indians.

Where to sleep in Delhi?

Hôtel Mahesli Guesthouse : in the middle of the big bazaar, 5 euros per night

Where to eat in Delhi ?

What to do, what to see in Delhi ?

How to get from Delhi to Jaipur ?

My first train experience in India

I opted for the train. What an adventure... For 1 euro, you can get a ticket by going directly to the station. This will put you in the "General Class". Even if I admit I love adventure, I advise everyone not to venture into the "General Class" for 5 hours. 5 hours, standing, piled up, the doors of the train wide open at each slowdown an Indian clings to get on. But that's nothing, the worst part is the smell... Urine and sweat mixes with the cars. This atypical mixture makes me nauseous....

So I would only have lasted one hour. On the verge of vomiting, I wait for the next stop to get off the train, and run to the next car, far, far, far, as close as possible to the first cars. The train is leaving again! Whew, here I am, going back up to first class. The sleeping trains, we sit in the entrance so as not to disturb anyone. The hall is completely empty, nobody, the contrast with the "general class" is impressive, we must have landed "in the rich". Every time the bunk door opens a draft of air conditioning comes to us. I would love to stay here in this corridor the whole time I'm there I'm so happy!

My joy calms down when I remember that we don't have tickets to be here... Damn, a controller surprises me, I pretend I don't understand. He explains to me that I should go back to the end of the car at the next stop, horror! We remain seated, waiting for the next stop. In my head it's not okay at all I know I wouldn't fit in this first car, crammed, standing for the remaining 4 hours (if there's no delay...), with all this smells and oppression.

A miracle is happening! A man comes to see us, he knows English. He invites us to come and sit with him and his family inside. Us?! In the rich man's wagon! With the air conditioning! And the beds!!! I don't believe it! We don't waste a second to accept.

So here we are sitting surrounded by an Indian family with parents, children, grandparents. The men in the family are police officers. They're going on a family vacation. We talk, they offer us drinks, food, save us from the controller who comes by again when he sees us with them and asks them for explanations. Without really knowing what they told them, the controller left and we stayed in the sleeper wagon!

The last 4 hours go by without any problems, saved!

To conclude, I advise you, I advise you to take the train to Jaipur from Delhi station but if you can get tickets for a class a little higher than the "general" do not hesitate a second 😉

Read the article about Jaipur 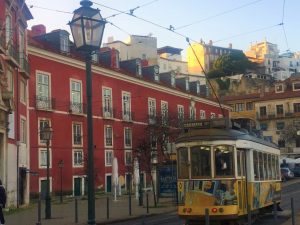 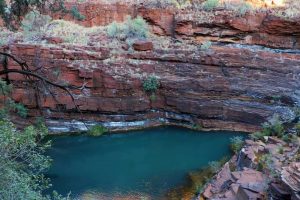 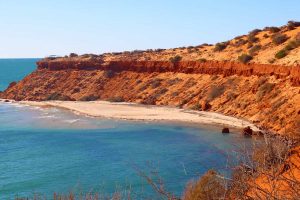 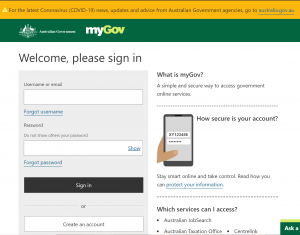